Safety Defender is a gamification effort to identify safety, environment, and health threats within the workplace.
Each employee is presented a timed scenario where they hunt for a number of items that are red flags. As they find them their scores increase and they climb the ranks as they clear each level. Each scene is a different level with progress tracked on their dashboard.
If they don't make it through within the allowed timeframe, they have to start over again.

Each level had five items to spot. The images below show each board and the corresponding items the user would click on. At the end the viewer had the option of viewing all of the items.

This project required a lot of illustration and needed be executed pretty quickly due to deadlines. To ideate on each given scenario and draw everything that was pitched would have taken an enormous amount of time. To keep things pretty turn key, I opted to do a combination of custom illustrations and combine that with stock.

The customer didn't have much of a idea on how to proceed with their request other than wanting some type of game experience. Things we had to think through after a discovery session were: giving user the ability to have their progress saved, aligning the boards with the information pieces as the user found them, present overall info back to provide a good learning experience, personalization.

I teamed up with a software engineer to execute all of the functionality. He was able to give full control to the user to move around the scenes via mouse and have the spots be clickable when interacted with. At the end of each scene we presented the user with all of the correct answers once they cleared the scenario.

Each employee is able to log in by utilizing back in information to give them a profile. That allowed us to give them the ability to save their progression.

Each board showed up in a list once they began and filled in as they completed each scene. There was an element of delight added for the user by presenting them with a medal after each level as they incremented through the game. Once they completed the entire series, they were rained on with confetti.

Along with this there was a key branding piece that was a character called "The Safety Defender" that made his appearance on all of the promotional materials such as internal employee communications such as posters, digital monitor signage, and email communication. The robot was an element that was started in prior years.

The customer was really happy with the end result. This game was released during a corporate "Safety Month" as an engagement exercise for the employee base. People had a lot of fun with it and we received a lot of comments and ideas on things we could add to it the following year.

After the developer and I talked over the problem space we came up with a list of items we wanted to include. Afterwards, I went off and put together a set of wireframes that represented a quick representation of the structure, scope, how the points are surfaced, and how we have a locked bonus board that can be accessed. 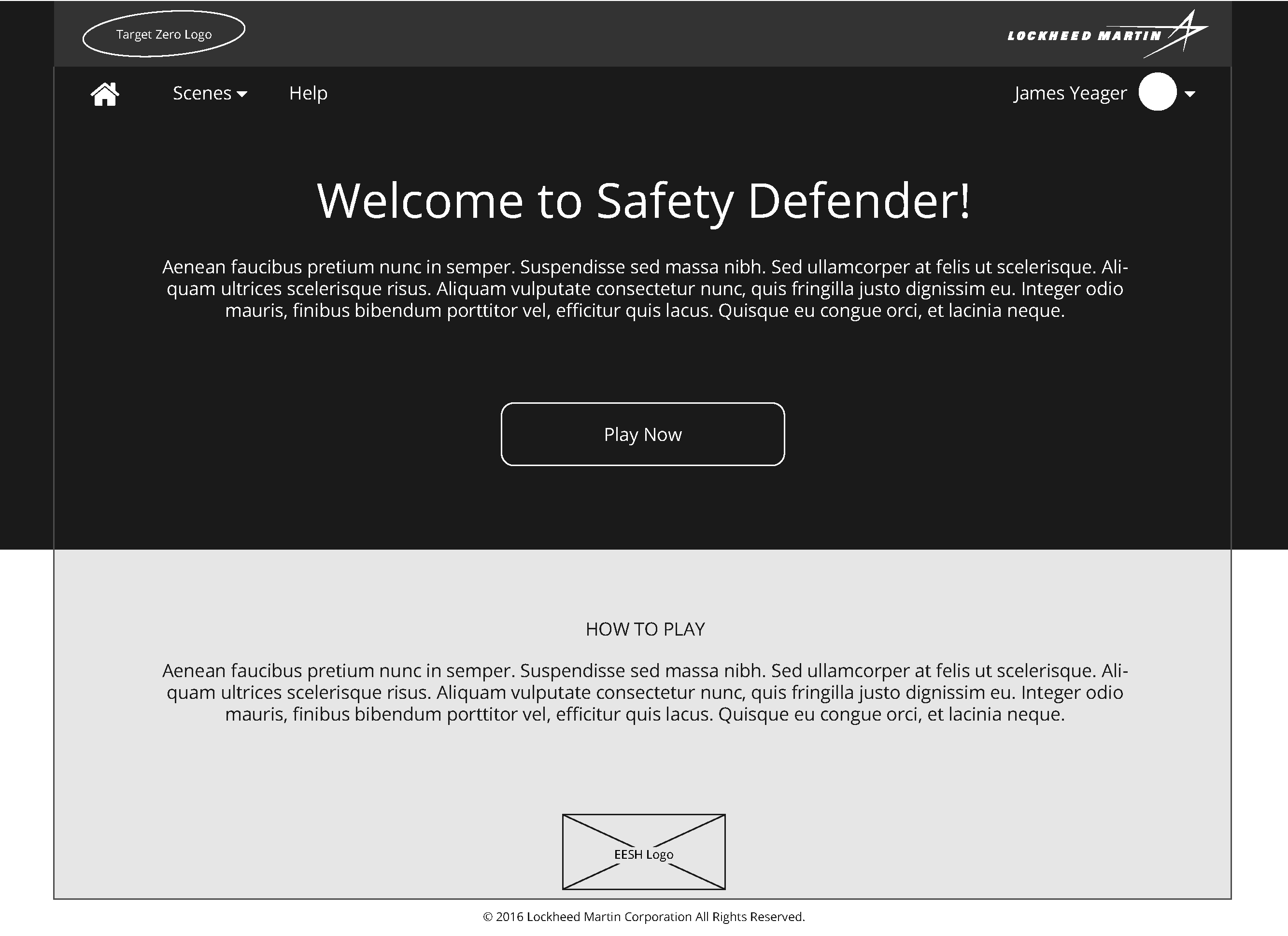 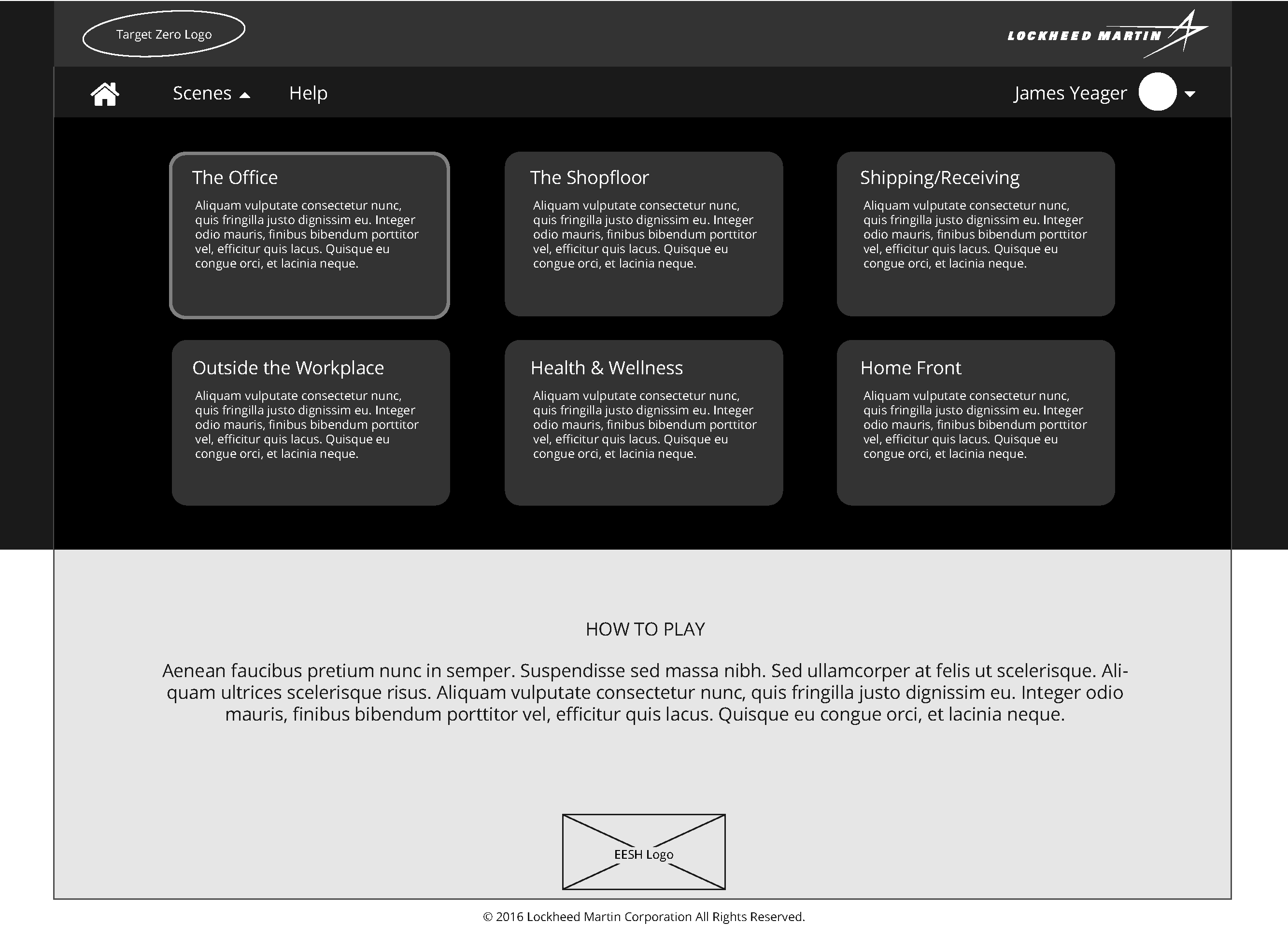 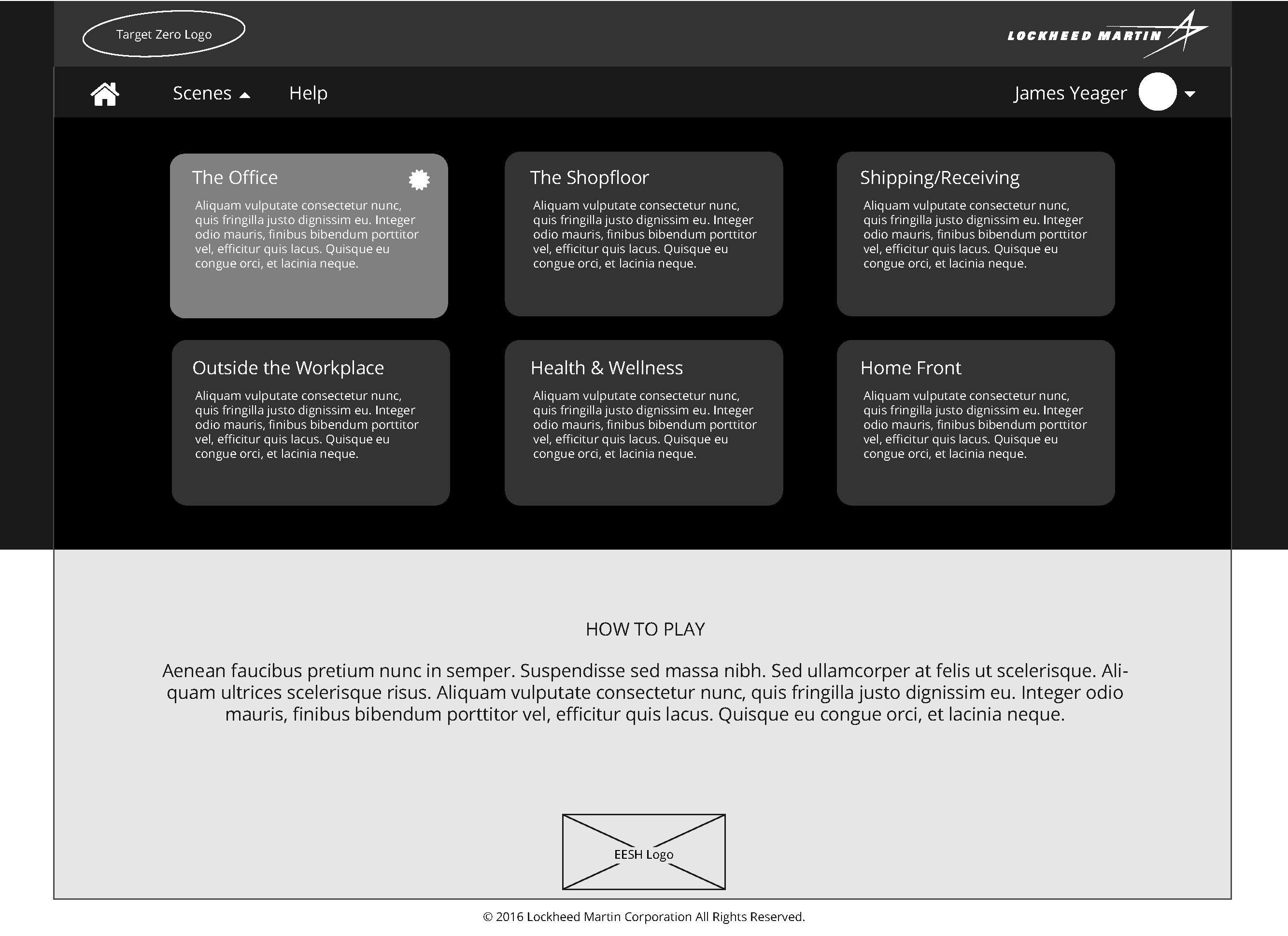 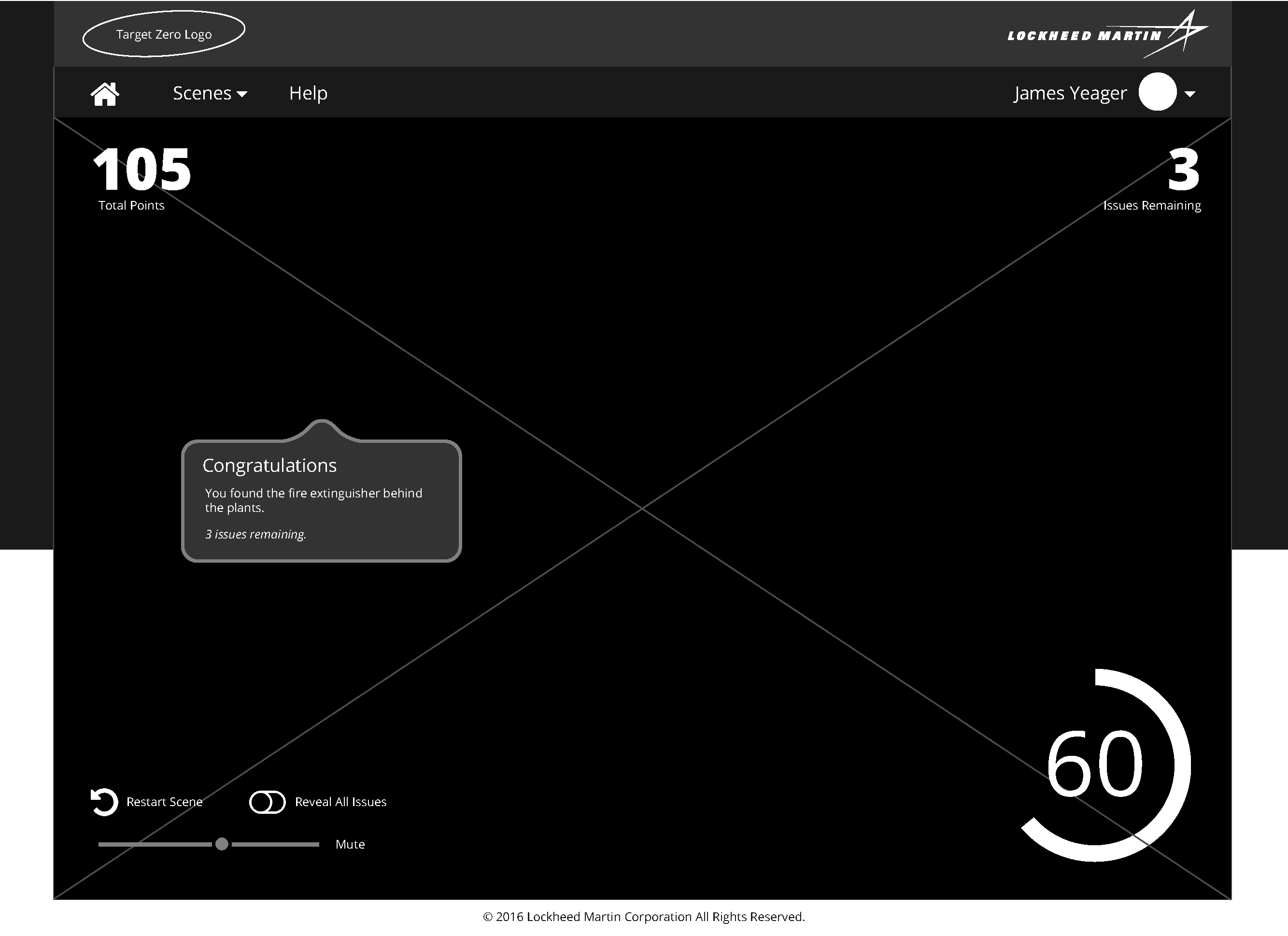 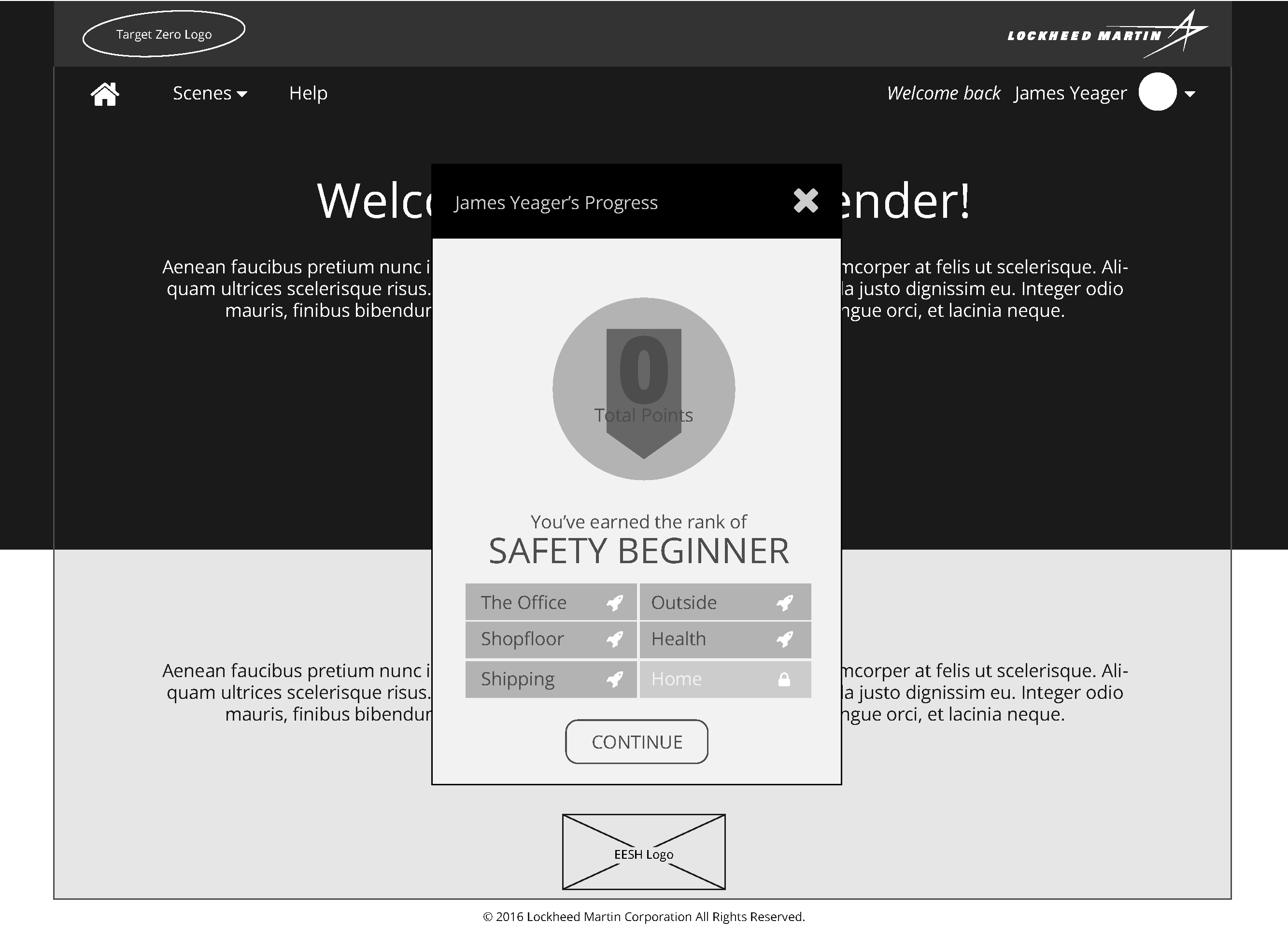 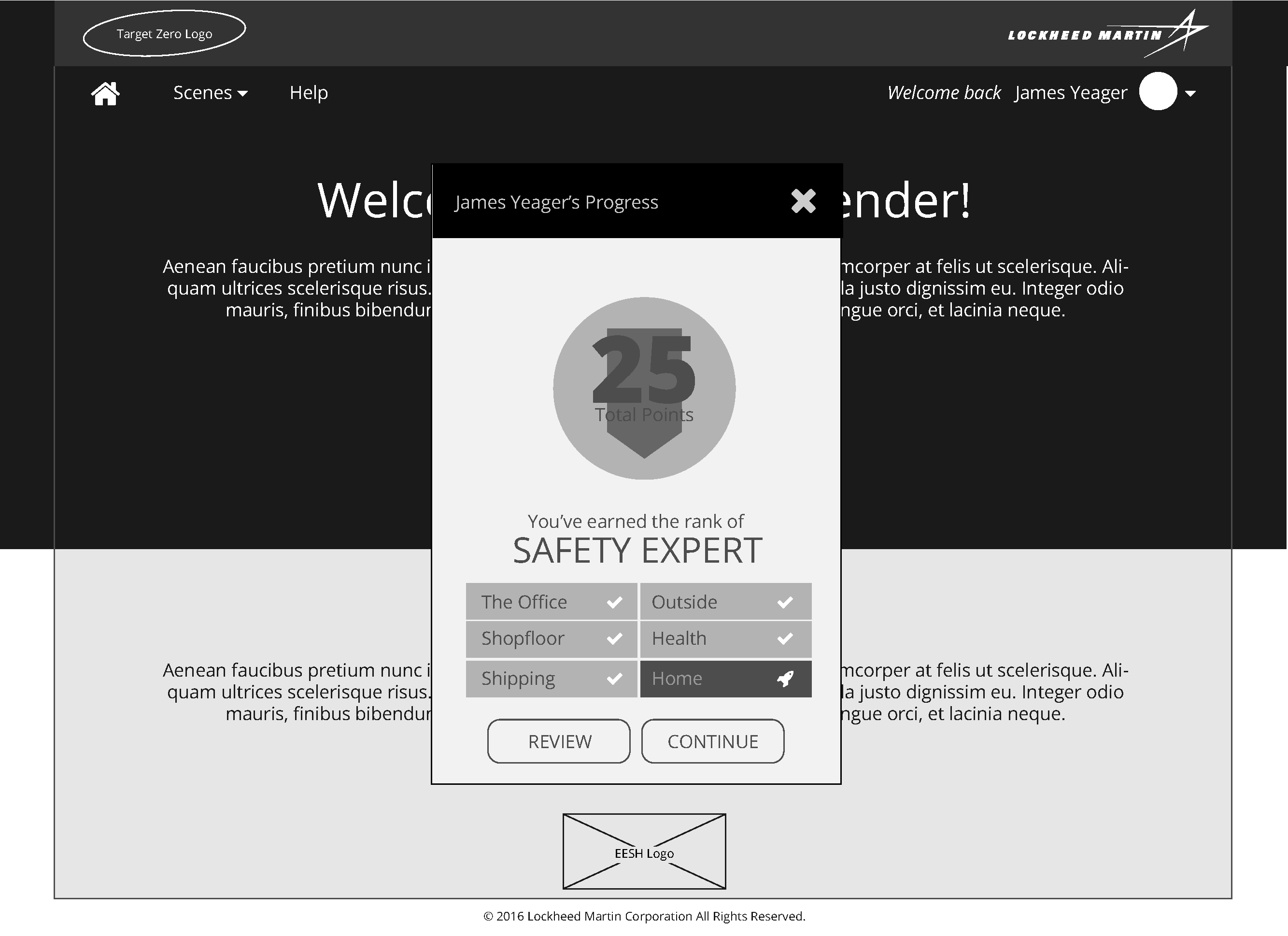 Want to work together?

If you like what you see and want to work together, get in touch!